History Of The Triangle Dinner Bell 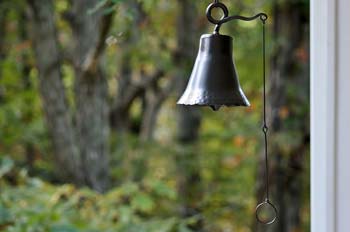 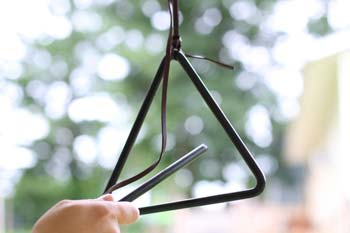 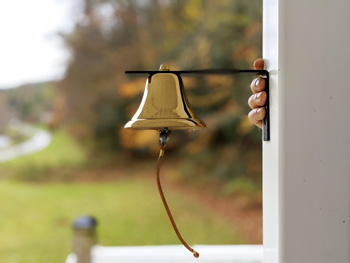 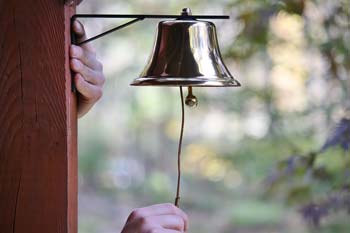 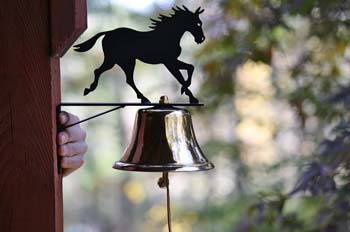 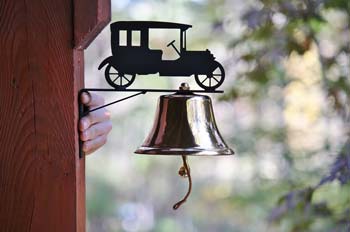 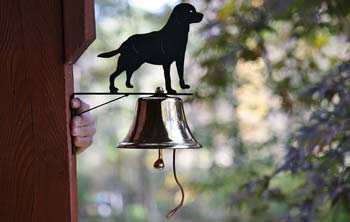 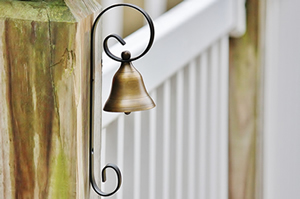 Dinner bells were rung to grab the family's attention for a hot meal! Families hard at work on farms and ranches were sprawled far across the land. A dinner bell was a loud and distinctive bell that everyone knew meant a hot meal. If the dinner bell was a-ringin', everyone would come a-runnin'!

Traditional, western shaped bells were the stationary option. These bells were mounted on walls and posts next to the kitchen or entryway. Triangle bells became popular in western culture for their practicality. They were easy to carry across the country and used for family cattle drives.

History Of The Triangle Dinner Bell

The triangle dinner bell became popular in the early 1800's. People living and working on wide stretches of land needed an effective way to call in family and employees for meals. The triangle bell became a lightweight and affordable option for frontier families. These bells were traditionally forged from iron by blacksmiths and came with a separate striker. Housewive would hold them or hang them high, ringing them loudly and repeatedly to call in the family.

Dr. Ivan Pavloff conducted "conditioned reflex" experiments in mice. According to issue 13 Volume 2 of Time published in 1923, white mice were trained to run to their feeding place at the sound of an electric dinner bell.

About Us | Contact Us | Frequently Asked Questions | Site Map
Shopping Cart | Checkout | Privacy Statement | Return Policy | Secure Ordering | Shipping Information
Place your order online or call us at 1-800-251-8824
Copyright Red Hill General Store ©1999-2022 All Rights Reserved. Use of this site is subject to certain Terms of Use.
Accessibilty Statement